A true bon vivant relishes good food, and the inaugural Taste of Richmond did not disappoint. While the event took place weeks ago, I figured it was better to post late than never. The historic John Marshall Ballrooms were packed with the top restaurants in Richmond. Many were still riding the wave of romanticism surrounding New Southern cuisine, which has swept the nation. There were gourmet samples of shrimp and grits and pork belly macaroni and cheese. 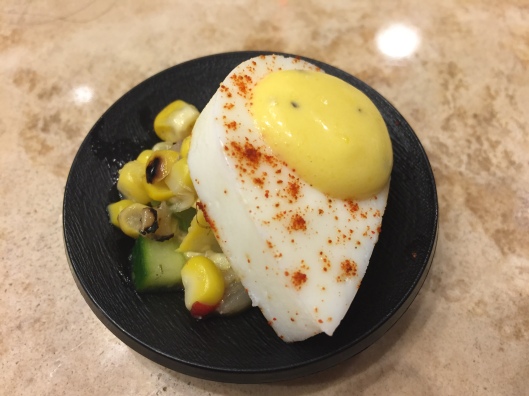 But to further prove that Richmond is a foodie town beyond Southern fare, there was 14 carat gold-flecked sushi. And the best amuse bouche was being dished out by the stellar Indian restaurant Lehja. I can’t remember what they called it. But it was heaven.

It was a way for Richmonders to sample all the places we’re been meaning to try but hadn’t had a chance to. There was a cooking show by Comfort’s Jason Alley, winestopper party favors and that overall glow from being well-fed.

One thought on “Taste of Richmond”