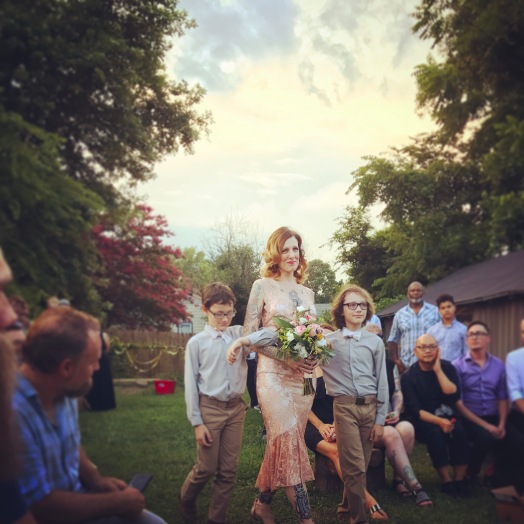 It all started with the invitation, where wedding details were engulfed by a swarm of Max and Carol’s favorite things: octopuses, motorcycles, milkshakes, Star Wars characters and more. A friend of the bride drew the original invite by hand. Without realizing it, the theme of this wedding became My Favorite Things.

The wedding ceremony was peppered with references to Star Trek, the Declaration of Independence, Emily Dickinson and other cultural references near and dear to the couple. As was the man who officiated; who is a close friend of the groom’s.

Carol is a local fixture, as she was once a baker at the Richmond institution Dixie Donuts. She literally has an art wall in her home, made of contributions from her admirers. She did not let her guests down, baking an array of home-cooked cakes and tarts. From a churro bundt to chocolate peanut butter cake, every dessert was labeled by a cross-stitched sign.

The groom is a bit of a Renaissance man, and handmade the wedding bands by amalgamating a variety of precious metals in his workshop. He also adorned the altar with a found piece of beach wood, which he branded himself.  Combining their names, it reads: La Casita LoBrown. One of his most popular contributions was a giant BBQ pork, pulled from the on-site smoker. To honor his Mexican heritage, he and his sister also made homemade chips, salsa and guacamole.

Though a backyard wedding allows for more casual dress, the event was not short on style. Refreshingly, the males stood out as statement-makers. There’s Southern rock and then there’s Southern punk rock,  and among the sea of beards and tattoos, there were playful nods to Southern gentlemen everywhere, with pastels and linen suits.

It was a summer wedding after all, and there were 4th of July poppers to explode as the couple made their way down the aisle…and zoomed off on a motorcycle.

There was a gourmet lemonade stand, with flavors like watermelon basil, and lavender – both 100% addictive.

Revelers were free to cool off in the living room, where the TV was removed and the place adorned with displays of the couple’s favorite things.

Friends of the couple learned to play a few songs that were meaningful to Max and Carol. When vows were exchanged, thunder rumbled. At the reception, silent heat lightning illuminated the sky. Never had I been to a wedding so personalized, with the happy couple leaving their signature on every detail. It was truly a night to remember. 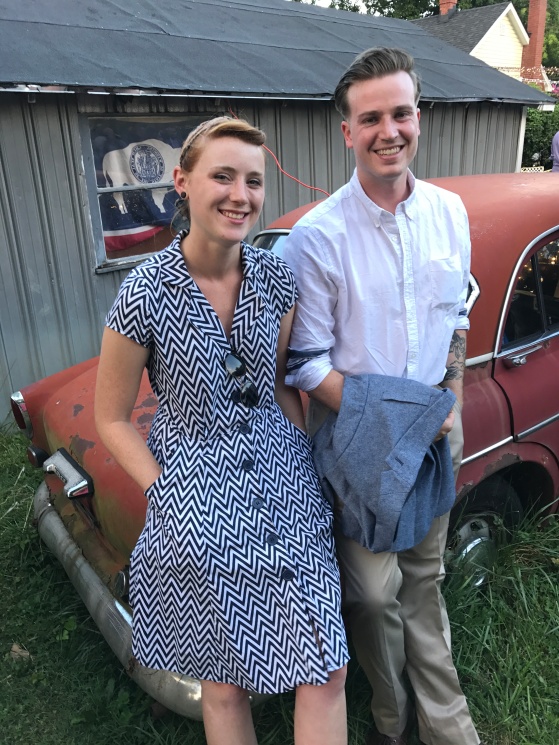 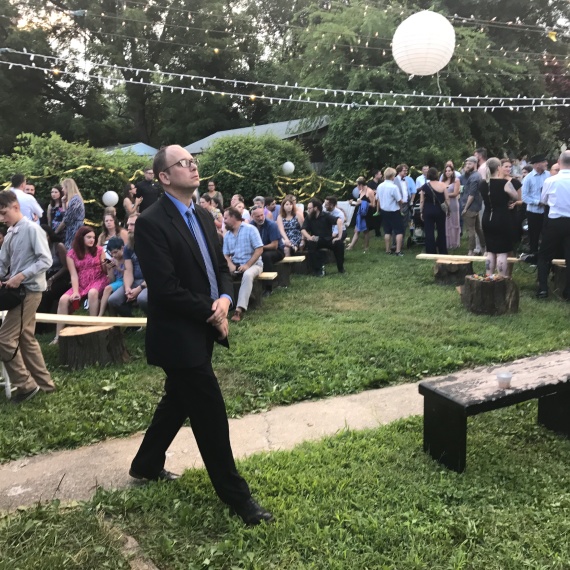 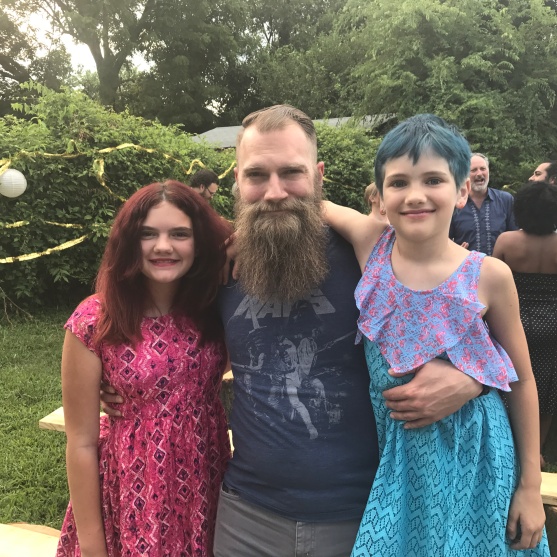