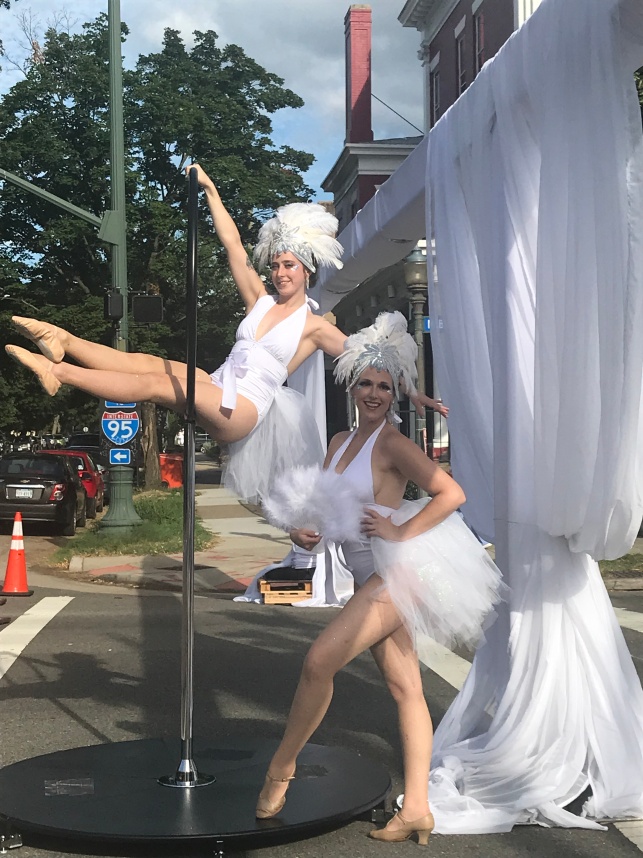 Some parties are fun, some are even wild. But it’s a rare party that can pull off magical. 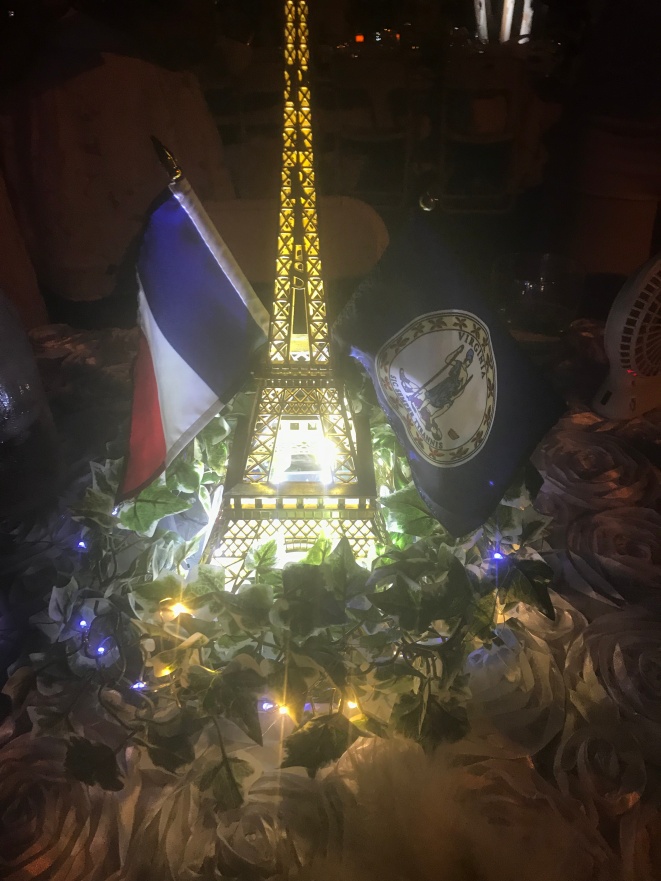 Diner en Blanc in RVA this year was preternaturally beautiful, right down to the breeze that swept the humidity out of the city. Richmond was graced with cool air for the first time in weeks. With the haze gone and stars twinkling above, we carried on the tradition that  began in Paris in 1988. François Pasquier had invited some friends to an elegant outdoor dinner at Bois de Boulogne, and asked them to dress in white so they could find one another. Diner en Blanc is now being hosted in 70 cities around the world, including Richmond. 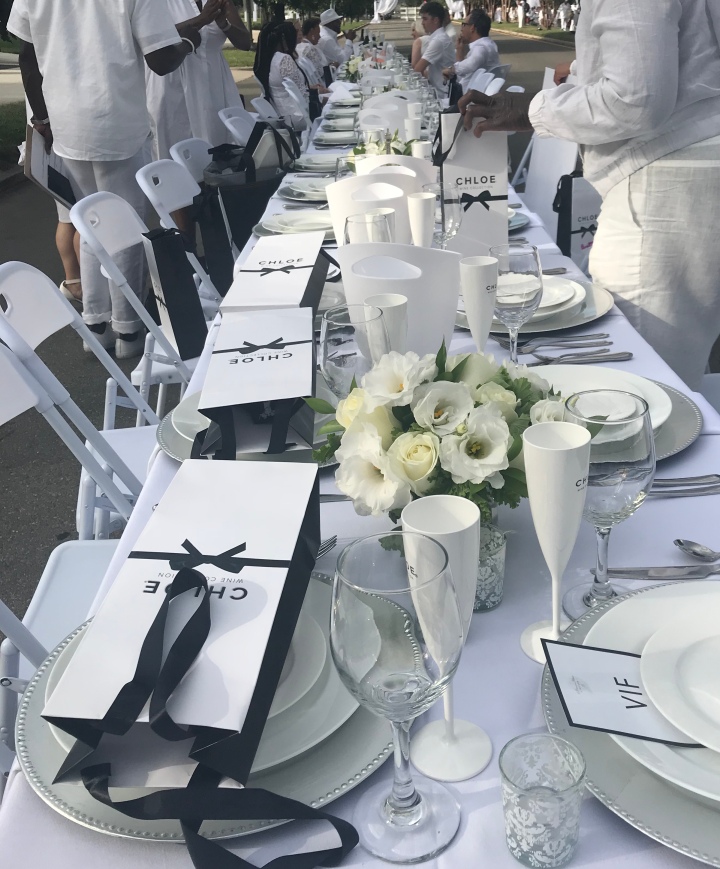 The event is held in a top secret location, which isn’t revealed until the day of. I was invited by hosts Christine Wansleben, star chef and owner of Mise En Place and Top 40 Under 40 media maven Enjoli Moon. Ayana Obika was also a host, and has plenty of experience throwing large-scale bashes as owner of Gratitude Rising Events. That night, 1,200 revelers marched in, carrying gorgeous displays for their own dinner set-up. There were strung LED lights, Eiffel towers and billowing bunches of white flowers. Upon entering, guests were greeted by dancer/aerial artists from SOUL Aerial and Performing Arts. 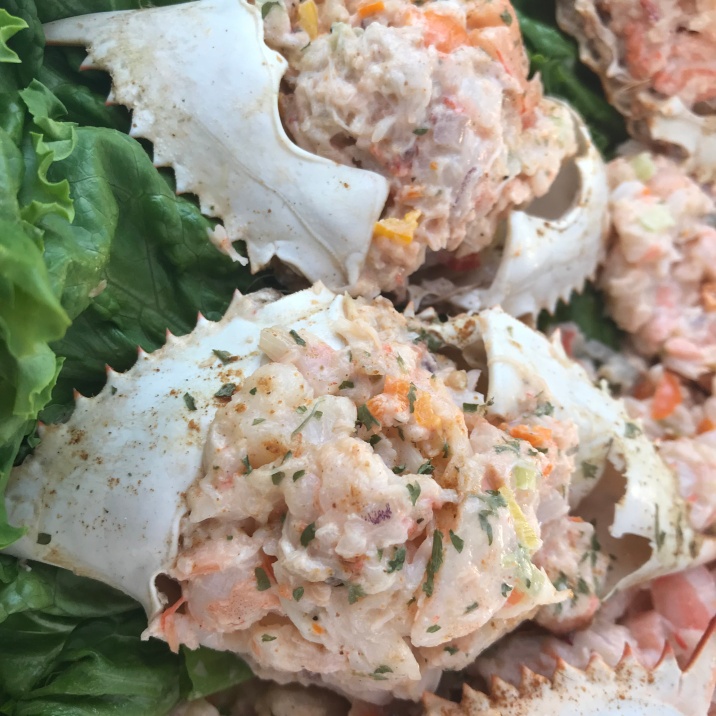 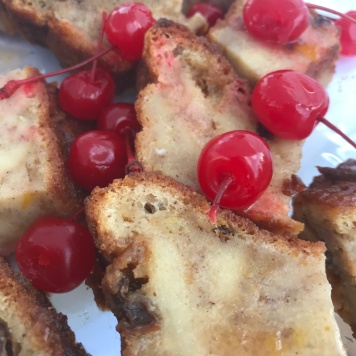 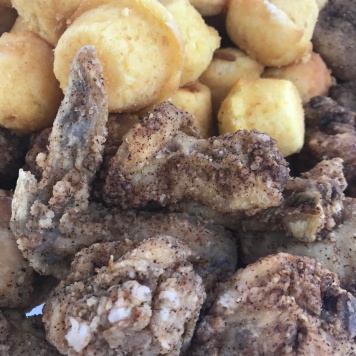 Chloe Wines sponsored the event, and their sparkling Prosecco poured all night. There was even an ice luge sculpture, for those who wanted their bubbles extra chilled. The media lounge featured a delicious spread by Croaker’s Spot and Elegant Cuizines, serving classic summer picnic foods. There was crab salad served in crab shells, fried chicken, cornbread, potato salad, kale salad and bread pudding laced with Maraschino cherries. 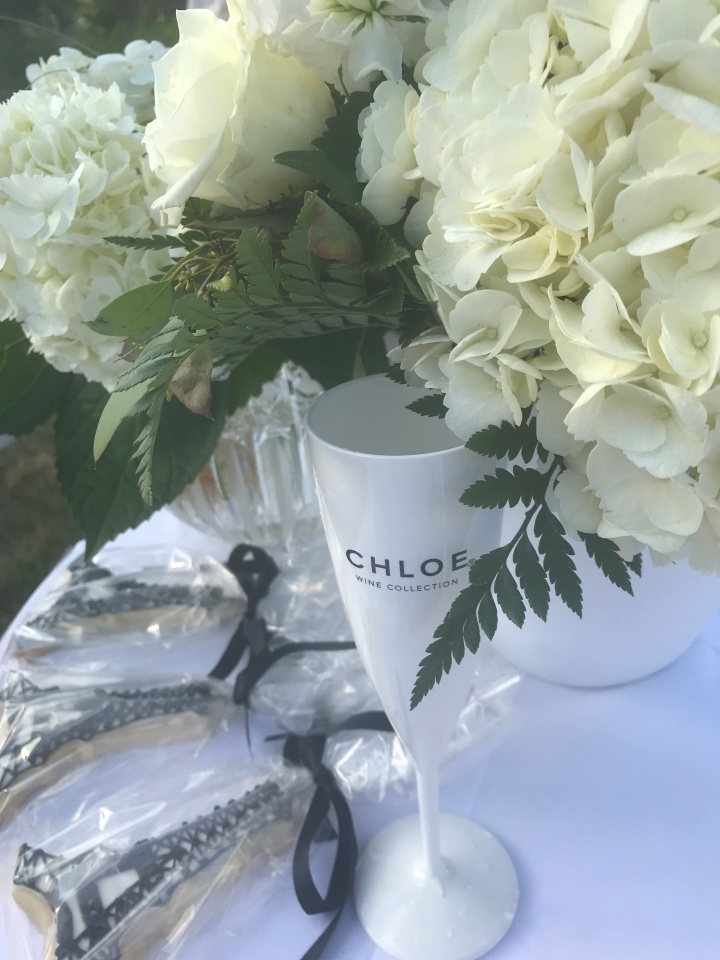 The chic lounge area was decorated by Quirk Hotel, with romantic floral arrangements and glassware. Handmade Eiffel Tower cookies graced the tables, made by Melissa’s Simply Sweet. They were almost too beautiful to eat, but they tasted even better than they looked! 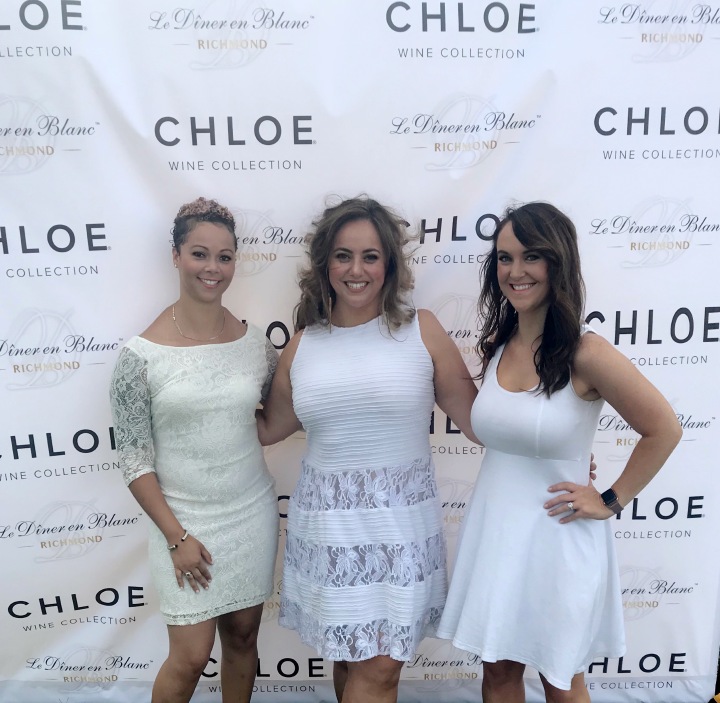 There was a tres French accordion musician playing Le Mer and other Gallic classics as people assembled their stations. One the set-up was complete, diners waved their napkins in the air so they could commence their meal en masse. The Virginia Museum of Fine Arts made a noteworthy appearance with their very own Napoleon. True to form, when he announced it was time to eat, he shouted commands in French. But there was one phrase everyone understood: Bon Appetit! 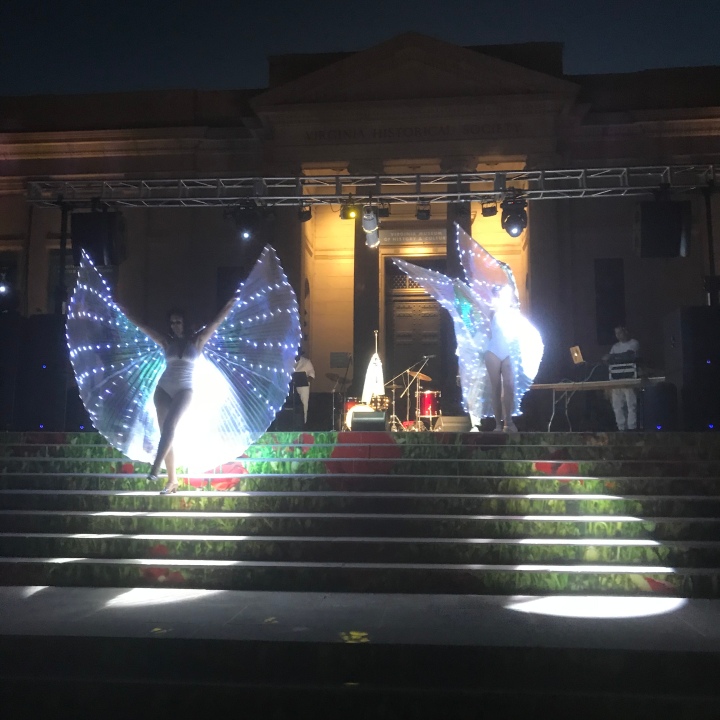 Dinner was followed by a live band, and a glow-in-the-dark ensemble of performers, including hula hoopers, jugglers and electric fairies. One highlight was when everyone was asked to light their sparklers. Within seconds the entire place was aglow, a sea of smiling, well-fed faces. New relationships were forged, recipes shared. The event hosts certainly took this event to the next level. Francois Pasquier would have been proud. 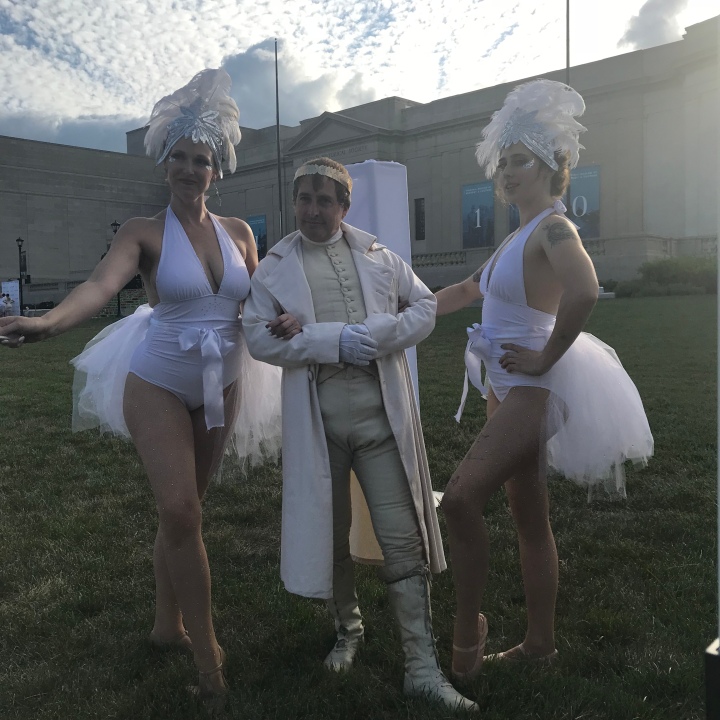 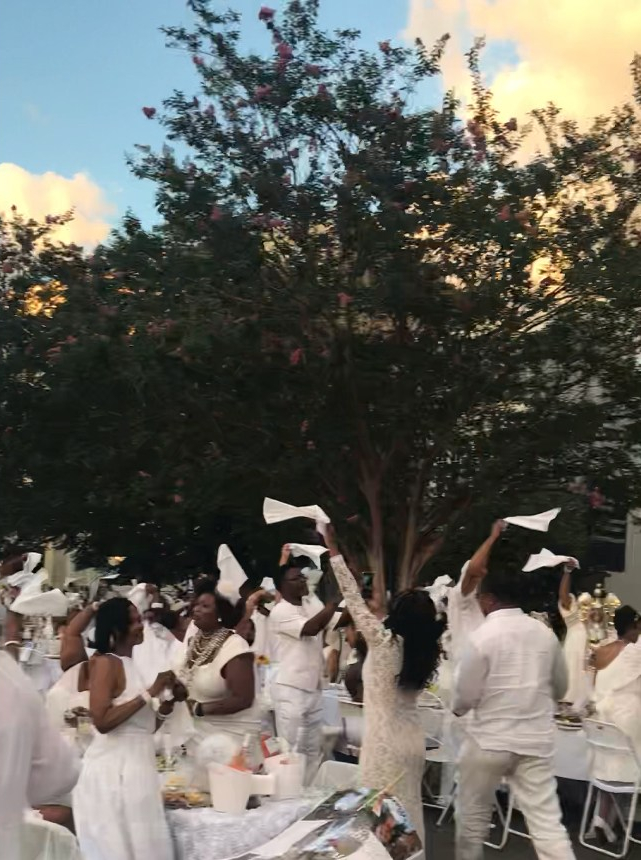 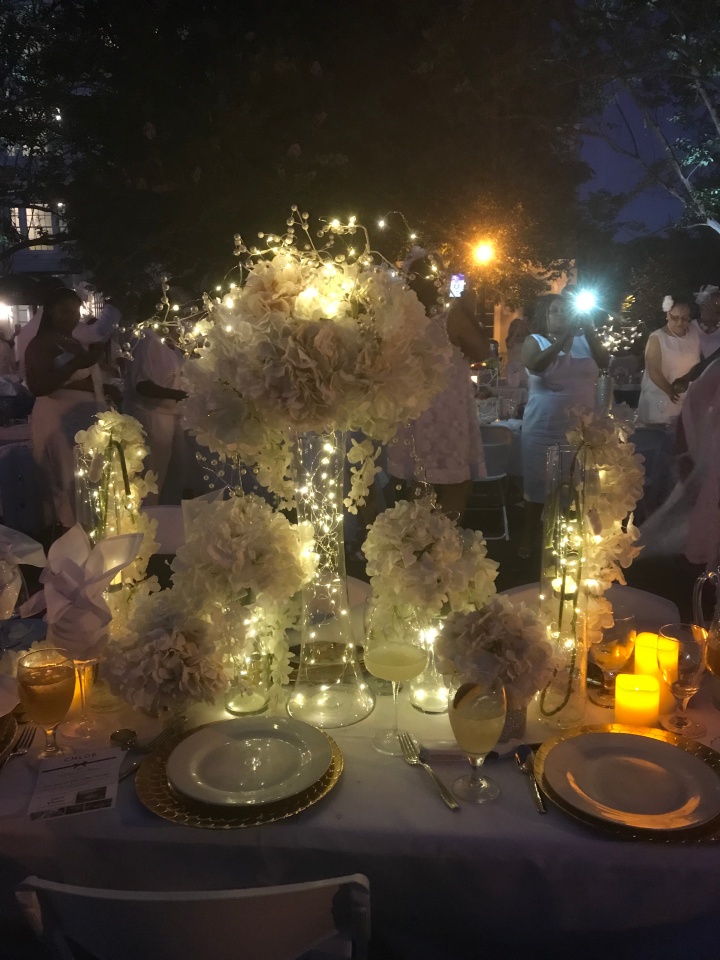 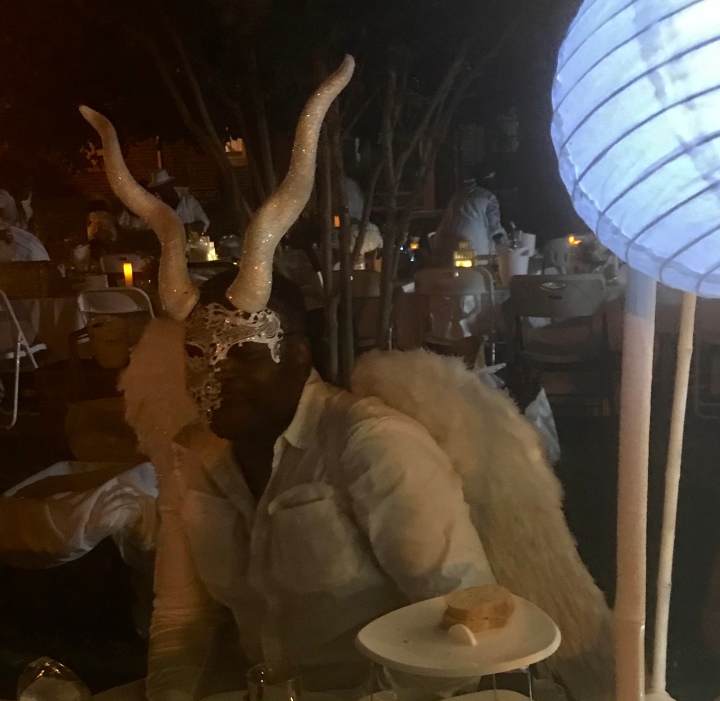 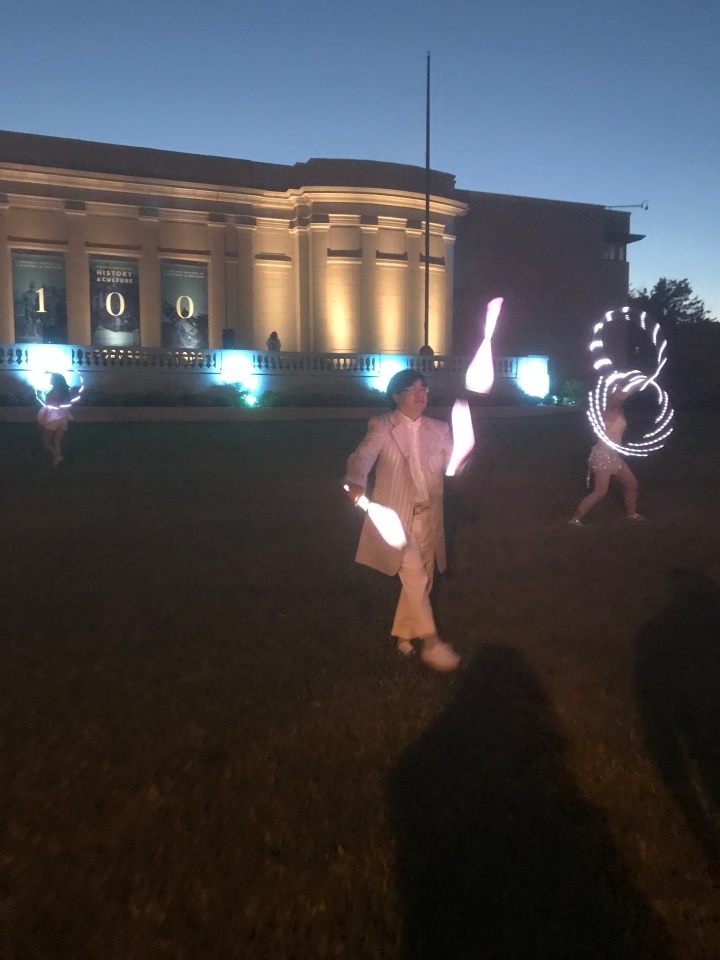 Glimpse of a pre-COVID world

More than just horsing around