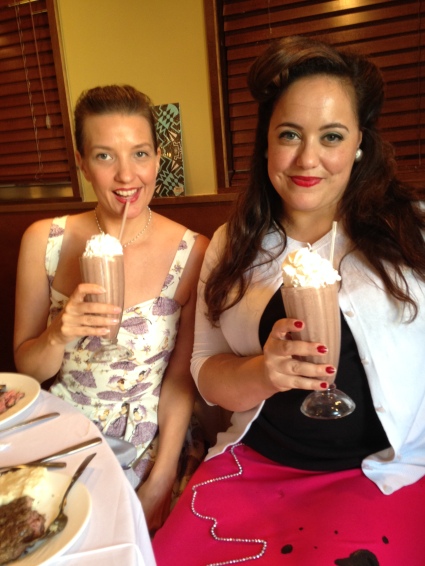 Over the hill? Over that theme!

Birthdays are meant to be celebratory, but tacky party ideas for these poor people are mocking, suggesting that death is just around the corner.

When my mother turned 60, we opted instead for an upbeat 50’s-themed party, which would be reminiscent of her childhood and a much simpler time. People are still talking about it, and it even inspired other family members to do the same!

1) Make it a costume party! It will set a great atmosphere, and lots of laughs when friends see one another!

2) Vinyl records make great decorations for the walls, dangling from the ceiling on strings and as a centerpiece. Speaking of centerpieces, it’s easy to make a mock milkshake with glasses, shredded paper and striped straws! Glass soda bottles look great too – extra credit if you score vintage ones!

3) I say this for every event, but have a themed cocktail. We named ours the “Beauty School Dropout.” And since it’s a sock hop, wholesome root beer floats and milkshakes really hit the spot!

4) The birthday cake is a perfect opportunity to reinforce the theme. We used a lot of vinyl records, so one went right onto the cake! 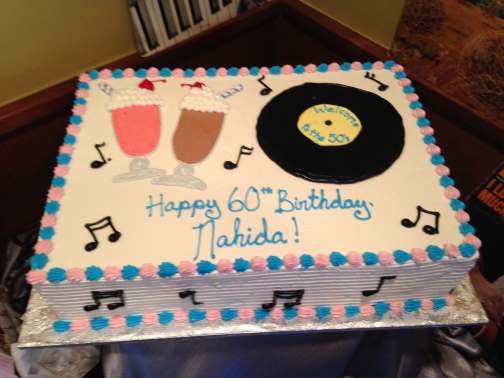 5) To keep things lively during our meal, we had karaoke. But that’s only because we hired a special DJ who had a trick up this sleeve….

6) HE WAS ALSO AN ELVIS IMPERSONATOR!!! I now truly believe that one should not throw a sock hop without an Elvis impersonator. It just takes things to a whole other level. 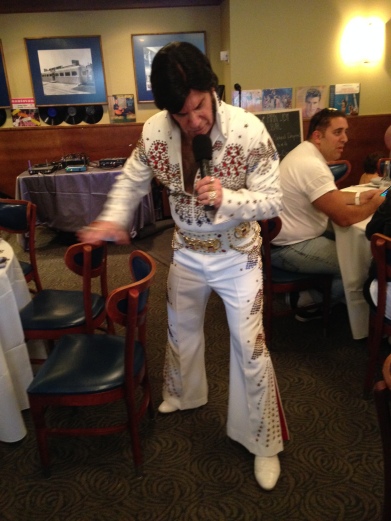 7) We used vintage candy as party favors, and it brought back old memories to everyone, from baby boomers to millennials! Using the language of the time, we told guests we hoped they had a “swell time,” added a poodle graphic and tied it up with a bow! 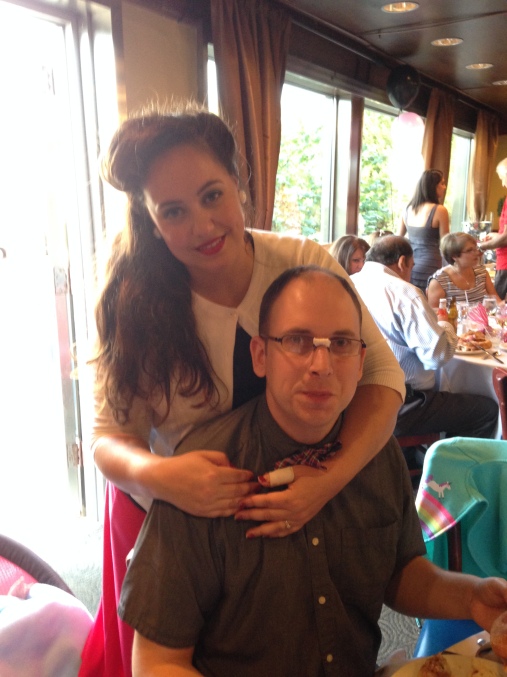 The Big Easy in RVA